Bhubaneswar: The PCR vans of the Commissionerate of Police will now provide first aids when they attend emergency cases especially road accidents.

Police Commissioner Satyajit Mohanty distributed six first aid kits to the police officials at a special event which was organized by a voluntary organisation at the head office of Commissionerate of Police today.

Speaking to the media person on this occasion, Mohanty said, “Recently, we had conducted a public interaction meeting with the locals of Rasulgarh and Nayapalli police limits. During the meeting, some people had suggested to keep First Aid Kits in the PCR Vans as they are attending some emergency cases. And we are happy that at least six PCR vans are now equipped with first aid kits.”

“The move, which will be expanded gradually, will help our personnel manning the PCR vans to attend cases involving human injury and accidents and provide first aids,” he added.

Also Read: All Promises Made In 2014 Poll Manifesto Have Been Fulfilled, 4.5 Cr People Are My Family: Naveen 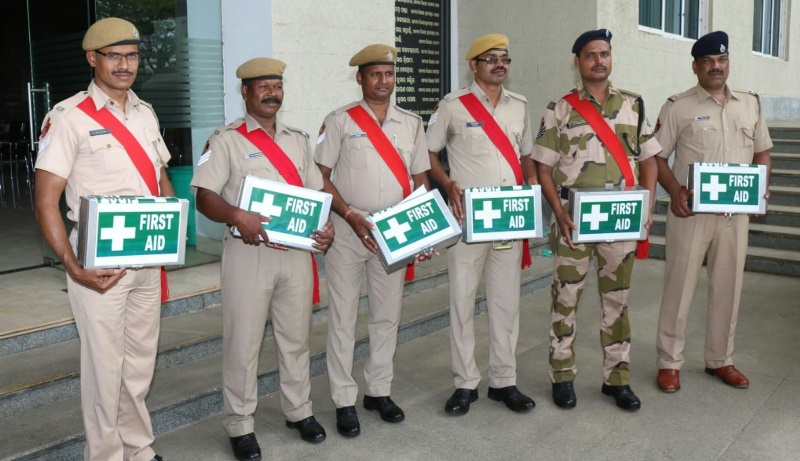 All promises made in 2014 poll manifesto have been fulfilled, 4.5 cr people are my family: Naveen