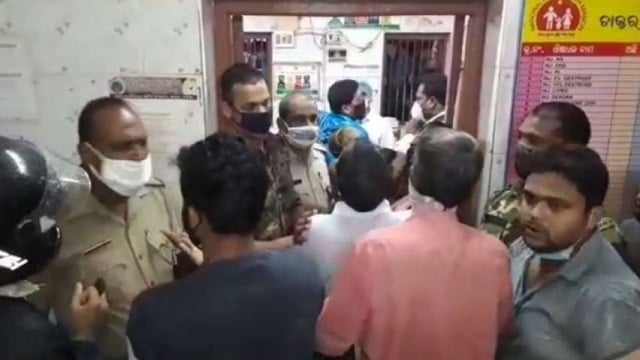 Sources said that family members of one Satyendu Mallick of Thakurapatna under Dhusuri police limits in the district rushed him to the Dhusuri Community Health Centre after for treatment after he fell into a pond.

Later he was shifted to the Bhadrak District Headquarters Hospital as his condition deteriorated further. However, he breathed his last while undergoing treatment at the hospital.

On the other hand, his family members created a ruckus on the premises of the hospital alleging that he died due to medical negligence. They also reportedly ransacked properties at the hospital.

Bhadrak Town police rushed to the spot after getting information about the matter and started an investigation.

Meanwhile, authorities of the hospital refuted the allegation leveled against them by the kin of Satyendu.