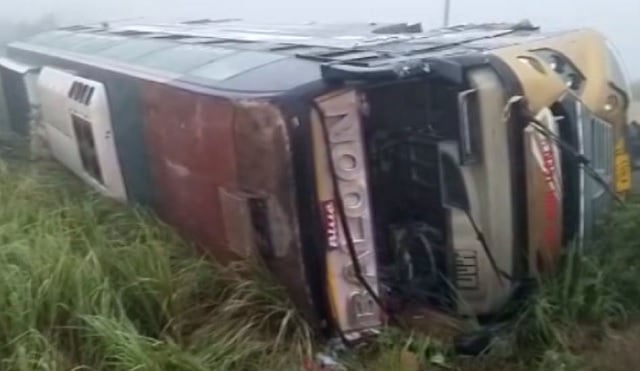 Khordha: More than 10 were injured after a passengers bus overturned near Baghamari on Khurda-Balangir National Highway No. 57 due to heavy fog on Friday. Two passengers have sustained critical injuries in this accident.

The police along with the locals are conducting the rescue operation. According to sources, the bus overturned while it was headed from Balangir to Bhubaneswar due to the heavy fog.

Elderly man dies after a passenger bus hits him in…

The injured people have been admitted to Khurda District Headquarters Hospital. Out of the 10 injured, the condition of 2 passengers is critical and they have been transferred to a hospital in Bhubaneswar. The bus was reportedly carrying over 50 passengers. More than 40 passengers were rescued from the overturned vehicle.

The driver of the bus has fled from the scene and yet to be traced. Further reports are awaited.

Significant decrease in gold rate in various cities of India