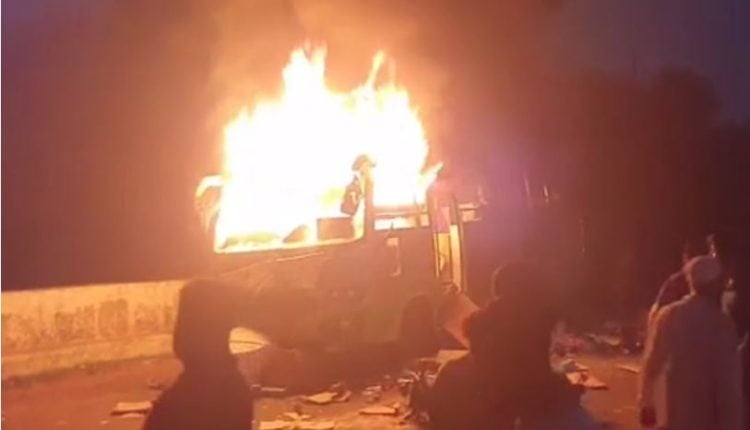 Dhenkanal: In a tragic incident a youth was killed in Kamakhyanagar area in this district of Odisha on Wednesday in a road mishap. A passenger bus crushed him to death while he was returning home in his bike.

The deceased person has been identified as Mukunda Sahu of Sirimula village under Tumusinga Police limits in Kamakhyanagar area of Dhenkanal district.

As per reports, Mukunda had been to his friend’s house in Rekula village under Kamakhyanagar Police limits today. When he was returning from this village to home a private passenger bus named Ganesh that was going Jagamohanpur from Dhenkanal, hithis bike at the Jadapala chowk on the Kamakhyanagar- Dhenkanal main city.

As a result Mukunda died on the spot. Following the incident the irate locals set the bus on fire while tension gripped the area for some time.

After getting alerted Kamakhyanagar Police reached the spot and took control over the situation. Further investigation of the case is underway.