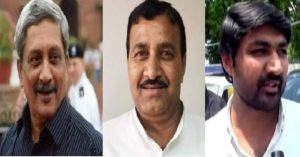 This win was of great significance for AAP national convenor and Chief Minister of Delhi Arvind Kejriwal as Ved Parkash, who was the AAP candidate in 2015 Delhi Assembly polls, had joined the BJP just before the municipal polls.

By-polls for the three seats were held on 23rd August. Panaji and Nandyal had recorded more than 70 percent voter turnout while in Bawana, voter turnout was 45 per cent.