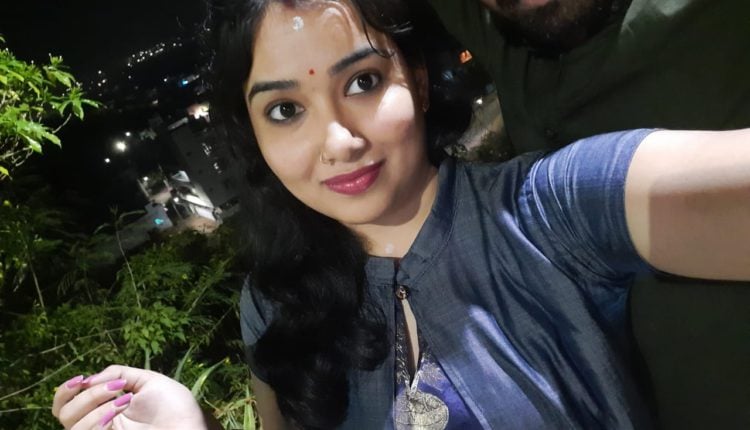 Mayurbhanj: In a major twist in the Parlakhemundi Assistant Conservator of Forest (ACF) Saumya Ranjan Mohapatra death, wife Bidyabharati Panda alleged Soumyaranjan of having extra-marital affair and refutes all allegations levelled against her by in-laws.

“I once saw him receiving a call on his mobile phone from an unknown number. He used earphone for the telephonic conversation. I could hear a woman talking to him during the call”.Bidyabharti said.

“Soumya used to send ‘I Love You’ messages to other women over Whatsapp chat. he kept changing the password of his mobile phone. He had also deleted his Facebook account and cleared call history and chats on the mobile”, Bidyabharti claimed.

A six-member Parlakhemundi police team has reached Kaptipada in Mayurbhanj and have started a probe into the matter. They are questioning deceased Soumya’s wife.

Bidyabharti claimed that she is unaware of the agreement that was allegedly made for the transfer of Soumya’s salary and properties. Police had seized the unsigned affidavit in which Soumya purportedly declared his wife as the sole possessor of his property and salary if anything happened to him.

It is to be noted there that Bidyabharati came under police scanner after Saumya Ranjan’s father Abhiram Mohapatra filed a murder case against her. Besides, he alleged that she was torturing Saumya mentally and had an illicit relationship with Paralakhemundi DFO Keshari Behera.

Earlier in the day, Abhiram submitted a memorandum to the Odisha DGP alleging the involvement of a lady IIC of Gajapati who is an acquaintance of ACFO’s wife.

Cardboard beds in Olympics Games Village are not ‘anti-sex’; People give hilarious reaction