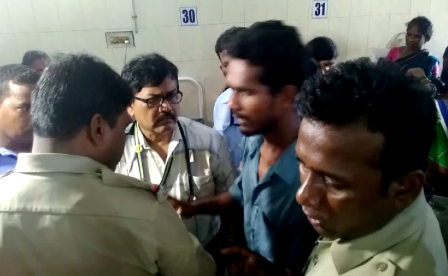 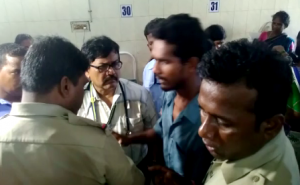 Paralakhemundi: Tension gripped the Paralakhemundi District Headquarter Hospital here on Saturday after relatives of a six-year-old girl blamed the staffs for her death and a scuffle ensued between the two sides.

The deceased has been identified as Sirisa Ganta of Khetada village under Guma block of the district.

The minor girl had been admitted to the hospital by family members early today morning after a sickness. However, the doctors present at the hospital referred her to MKCG medical hospital in Berhampur after a preliminary check-up for which a discharge report was needed.

The family members of the deceased have claimed that the hospital authorities made inordinate delay in issuing the report for which the patient died. They said some staffs of the DHH also roughed them up as they complained.

The victim’s family members did not accept the dead body and sat on a dharna at the DHH over the issue.

The CDMO, ADMO and other senior medical officials had reached the hospital and were trying to pacify the angry relatives of the victim till this report was being filed.