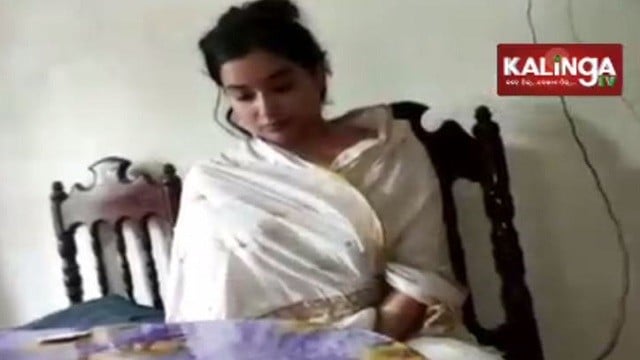 Paralakhemundi: Yet another handwritten letter of Bidyabharati Panda, the wife of deceased Paralakhemundi ACF Saumya Ranjan Mohapatra, has come to the fore and has revealed shocking details.

The handwritten letter of Bidyabharati was recovered from the room of Saumya Ranjan’s office quarter. “I insulted myself by speaking about me. He meets me only superficially but he thinks in his mind to hurt me. He gets angry without any reason. However, I am very happy that you have so much of jealousness and God will laugh at you for your jealousness,” read the letter.

“It is good that you have the majority today but I will have mine one day. I hate everyone. There is nobody for me. I hate him. There is a lot to say, but I will say later,” it added.

Bidyabharati also wrote the name of one ‘Akshay,’ but scribbled it.

Meanwhile, Saumya Ranjan’s family member raised eyebrow over the letter. They demanded that police should arrest Bidyabharati, find out who is ‘Akshay’ and what is her relationship with him.