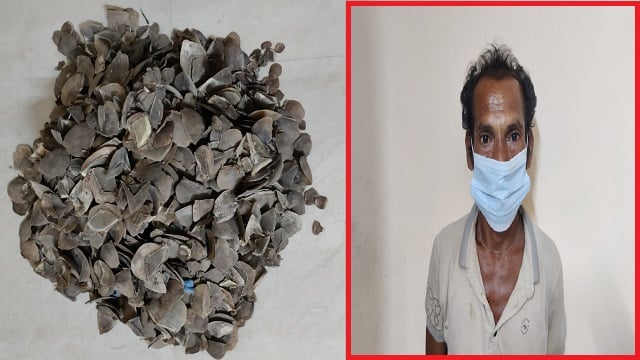 Ganjam: More than six kilograms of pangolin scales have been seized on the public road of Ramguda village to Nakamundia under K Nuagoan police limits in Ganjam and a poacher has been arrested in this connection.

The wildlife criminal has been identified Prafulla Mallik of the village.

Acting on tip-off regarding dealing or possession of wildlife products by wildlife criminals, a team of STF conducted raid with the help of Digapahandi Forest Officials on Wednesday evening and seized the huge quantity of pangolin scales.

The accused person could not produce any authority in support of possession of possession of such Pangolin scales, for which he has been detained and handed over to Digapahandi Forest Officials under Berhampur Forest Division for necessary legal action at their end.

A special drive against the wildlife criminals/poachers is continuing.