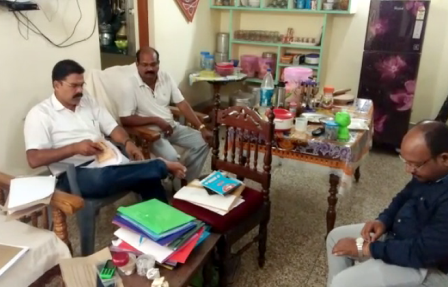 Bhawanipatna: Vigilance officials conducted simultaneous raids at four places including the residence of Kendupati Panchayat Executive Officer Trinath Sahoo and his paternal house in the district on Thursday.

The Vigilance officials conducted the searches on charges of amassing properties disproportionate to his known source of income.

Sahoo’s residence located near Nuapada Jaleshwar temple in Bhawanipatna along with paternal house in Sarlanji village was raided by the anti-corruption bureau officials in connection to his involvement in MGNREGA fund irregularities under various projects in Kendupatti and Godabhatta panchayats in 2015. Sahoo’s residences in Kendupatti and Godabhatta were also raided.

The Vigilance officials examined several important documents pertaining to the movable and immovable properties of the official during the raid. The raid was underway till this report was filed.