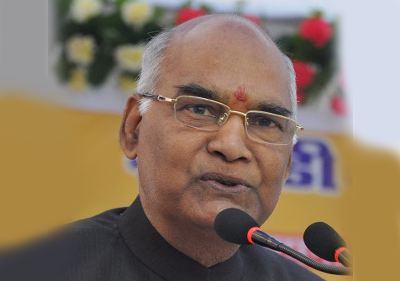 Bhubaneswar: After failing to get appointment from Prime Minister Narendra Modi on two occasions to discuss over hike of minimum support price (MSP) for paddy, the House Committee of Odisha Assembly on Thursday decided to meet President of India Ram Nath Kovind on the issue.

According to reports, a resolution on MSP hike for paddy was passed today in the state Assembly following which it was decided that the House Committee would meet President Kovind and apprise him about the issue. However, BJP will not be part of the committee.

Spokesperson of state ruling party Amar Prasad Satpathy presented the House Committee report on the issue in the House on the third day of the ongoing winter session today. Both the Congress and BJD came down heavily on the BJP-led Union government. They said that it is very unfortunate not to get appointment from the Prime Minister to discuss on the topic.

Notably, the State Assembly had on March 25 unanimously adopted a resolution recommending the state government to demand the Centre for increasing the MSP of paddy to Rs 2,930 per quintal instead of Rs 1,550 following which time and again Odisha is demanding for the hike.

Odisha Chief Minister Naveen Patnaik also had raised the issue on the 12th Standing Committee meeting of the Inter-State Council in New Delhi on November 25.

No more Matric, Odisha Sikshya Sahayaks have to clear Plus Two