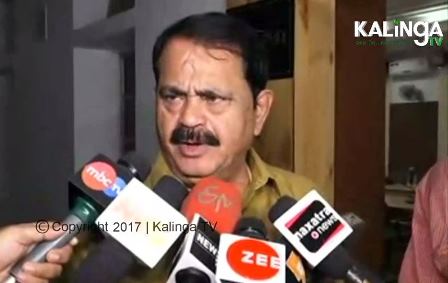 Bahinipati extended his suggestion during the State Assembly House committee meeting chaired by Speaker of the state Assembly Pradip Kumar Amat over the matter this evening.

PM Modi to launch “Reintroduction of the Cheetah” project on…

“The State Assembly has provided us the authority to discuss over the minimum support price of paddy issue. Different members of the committee gave their suggestions. I suggested that every members of the House should stage a sit-in protest in-front of PM Narendra Modi’s official residence till we get an assurance from him to discuss over the matter, because we had written him twice in this regard, but are yet to get any reply from him,” informed the Congress Chief Whip post the meeting.

However, the meeting decided to write the PM for the third and last time over the matter.

Agriculture Minister Damodar Rout, who also attended the meeting, said that the meeting decided to write to the Prime Minister seeking time from him for a meeting ahead of the Winter Session of Assembly to demand hike in MSP of paddy.

Ministers Surya Narayan Patro, Pradeep Maharathy and Leaders of Opposition Narasingha Mishra were among others who were present during the meeting.

List of trains to be cancelled for safety related work