A BJD delegation met the State election commission and submitted a memorandum demanding action against the media house. 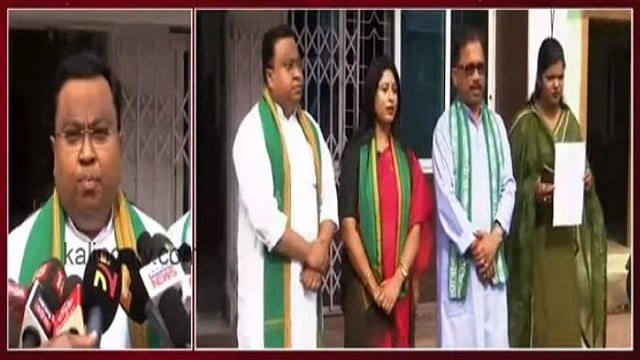 The BJD alleged that the employees of the particular media house are seen distributing money to the people of Padampur seeking votes for BJP candidate Pradip Purohit.

The state ruling party also alleged that the media house has engaged more number of employees than what is permitted by the election commission of India.

Meanwhile, a BJD delegation met the State election commission and submitted a memorandum demanding action against the media house and the removal of the additional members of the media house from the Padampur assembly constituency.

Voting for the by-election of the Padampur assembly constituency will be held from 7 am to 4 pm tomorrow. The by-election was necessitated following the death of MLA Bijaya Ranjan Singh Bariha on October 3, 2022.

Seeing Ajay Devgn on a Scooty, fans mob him at ‘Bholaa’ shoot