Padampur by-election 2022: Fate of 10 candidates to be decided by over 2.57 Lakh voters today

The voting for the by-election for Padampur Assembly constituency has began at 7 am on Monday and will continue till 4 pm. 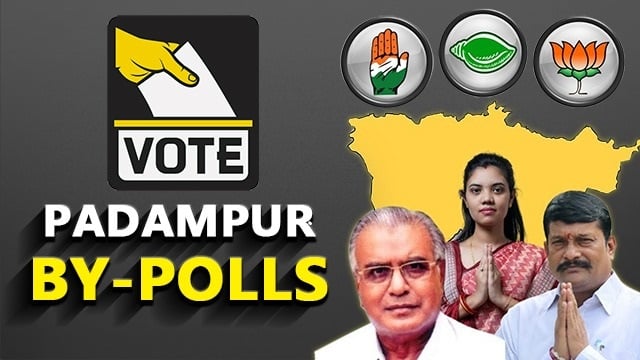 Bhubaneswar: The voting for the by-election for Padampur Assembly constituency has began at 7 am on Monday and will continue till 4 pm. The fate of 10 candidates will be decided by 2,57,474 voters today. Out of which 1,29,497 are male voters and the number of female voters is 1,27,965.

A total of 319 booths have been set up for polling. Out of which 79 are sensitive booths, webcasting will be held at 120 booth, CCTV has been installed in 66 booths, 15 model booths and 6 pink booths. A total of 1,276 polling officers and employees have been appointed for today’s voting. Voters can cast their votes by bringing any one of the 12 ID cards. There has been a crackdown on exit polling before 4:30 pm today.

Vote counting will commence on December 8. The result will likely be declared on the same day.

Extensive arrangements have been made for free, fair and orderly polling. 1,413 police officers have been deployed to maintain order in the area.