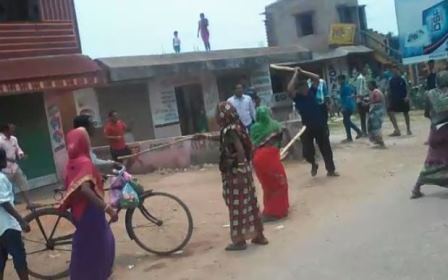 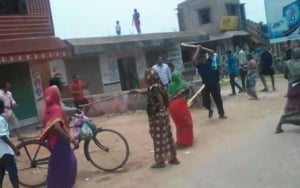 Kendrapara: Four women sustained injuries when goons hired by a liquor shop owner threw chili powder on them and attacked them for attempting to ransack the liquor unit at Olaver village in Rajkanika police station limits in Kendrapara district on Sunday.

Alleging that their husbands get drunk and fight with them due to the presence of liquor factory and shops in the area, a group of local women ransacked a country wine manufacturing unit. Later, while they were marching towards a foreign liquor shop to vandalize it, some hired miscreants, along with the shop owner, threw chili powder on them and beat them up with wooden sticks leaving four of them injured.

“Our husbands earn very little money. Instead of buying essentials for the home with their meagre eranings, they blow it away on liquor and then fight with us after coming home every day. So, today we had gone to destroy the liquor shops situated in our village. After ransacking one shop, we went to another wine shop. But the shop owner and some persons he had hired threw chili powder on us and attacked us, during which I sustained injury on my head. Three others were also injured in the attack,” said Ramani Mallick.