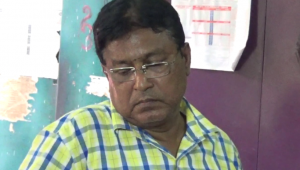 Rourkela:  The Panposh SDJM court on Wednesday rejected the bail plea of Raghunath Sahu, former Assistant General Manager (AGM) of Odisha State Cooperative Bank (OSCB) in Rourkela, and sent him to jail for 14 days in connection with a massive loan fraud case.

Sahu was arrested on Tuesday by the Economic Offences Wing (EOW) of Crime Brnach over a multi crore loan fraud in the OSCB Rourkela branch and produced in the court yesterday.

Sahu was accused of disbursing housing loan to the tune of Rs 29,56, 54, 865 violating the norms and regulations of the State Cooperative Circulars during his stint from 2005 to 2015 as per the EOW’s audit report, said the Government Advocate Jimad Sunani.

“Sahu allegedly sanctioned as many as 1494 housing loans in an illegal manner and in blatant violation of rules,” he added.

EOW conducted a special audit on the bank for the period from 2005 to 2015 on the basis of the complaint by the department.

During the investigation, the agency found that the many of loan files did not have basic documents. Mandatory approvals and appraisals as well as field verification reports were missing, which meant the loans were sanctioned violating the guidelines of the bank.

Today, the court will hear the plea of police, which sought to take Sahu in remand for further investigation in the case.