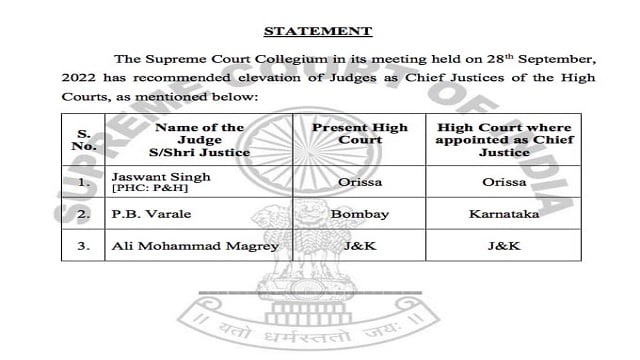 Cuttack: The Supreme Court Collegium has recommended the elevation of Justice Jaswant Singh as the next Chief Justice of Orissa High Court.

A decision in this regard was taken at a meeting of the collegium held on September 28. Justice Jaswant Singh is currently a Judge of the Orissa High Court.