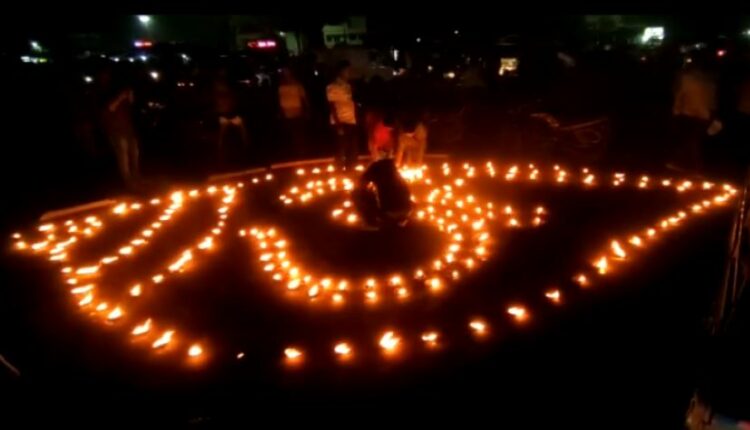 Puri: As many as one lakh numbers of lamps were lit in Puri city of Odisha today on the occasion of Dev Deepawali. The three day long Dev Deepawali is the occasion when Lord Jagannath executes the rites for His forefathers like a human being. Today is the second day of the fest.

As per reports, many social organisations of Puri  as well as the Odisha International Centre participated in this mass earthen lamp (Deepa) lighting. As many as one lakh earthen deepas were lit on the Bada Danda, the grand trunk road of Puri, spreading from Singha Dwara to Shree Gundicha temple on both side of the road.

Dev Deepawali commenced yesterday in Puri when Lord Jagannath offered Deepa (lamps) in respect of Aditi and sage Kashyap. Today the Lord offered lamps for Dasaratha and Koushalya on the Amabasya (No moon day).

The Dev Deepawali celebration goes for 3 days while on the last day the sesha deepawali rituals are performed in Srimandira. On these days since Lord Jagannath wears the Shraddha Besha and execute rituals for His forefathers, the same is called Dev Deepawali.

Live pangolin rescued by STF in Odisha, one arrested