One killed, one injured in road mishap 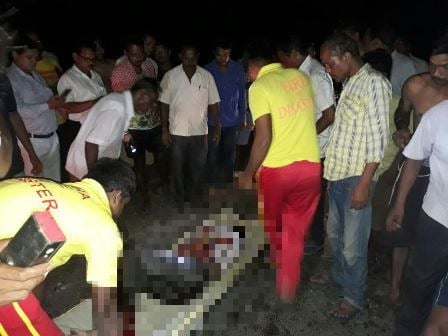 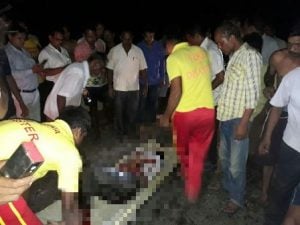 Nischintakoili: One person was killed and another sustained critical injuries as the bike they were travelling on smacked into a bull resting on the road in Chandol bazaar area on Wednesday night.

The deceased has been identified as Jyoti Ranjan Satapathy of Chandol Bhanagaon village.

Reports say Jyoti Ranjan Satapathy and Bipin Baral visited the Chandol Bazaar area on some work last evening and were returning home when the mishap took place. It is suspected that the rider of the bike failed to spot a bull resting on the Cuttack-Chandabali road before Jagannath Mandap due to darkness and ended up hitting him. Jyoti sustained critical injury in the incident and bled profusely on the spot. He was rushed to Nischintakoili Community Health (CHC) in a critical condition along with Bipin by some fire brigade officials who were present at the spot during the incident.

While doctors declared Jyoti brought dead at the hospital, Bipin’s condition is stated to be out of danger.