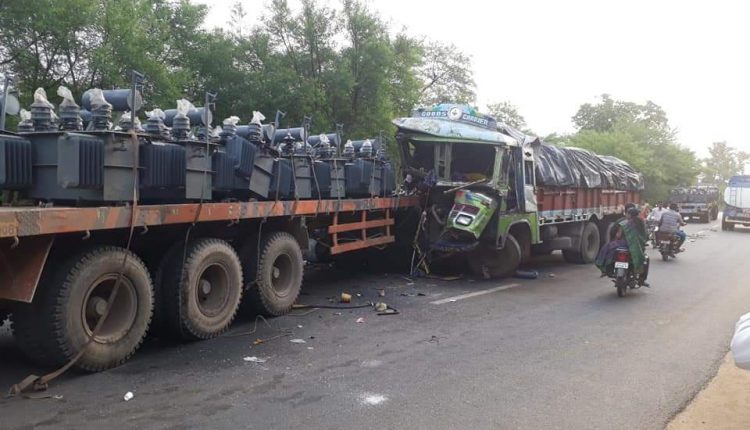 Boudh:  At least one person was killed while three others were injured after a trailer and a truck collided head-on with each other on NH-57 in Boudh district this morning.

Eyewitnesses said that the mishap took place at around 5 am when the two heavy vehicles travelling in opposite directions rammed into each other on the NH.

While one person was killed due to the impact of the collision, three others sustained critical injuries in the mishap. The identity of the deceased person is yet to be ascertained.

Police said that the injured persons have been admitted to Sonepur District Headquarters Hospital. Manamunda police have started an investigation into the incident.

Senior Citizen Killed In Accident With City Bus In Bhubaneswar