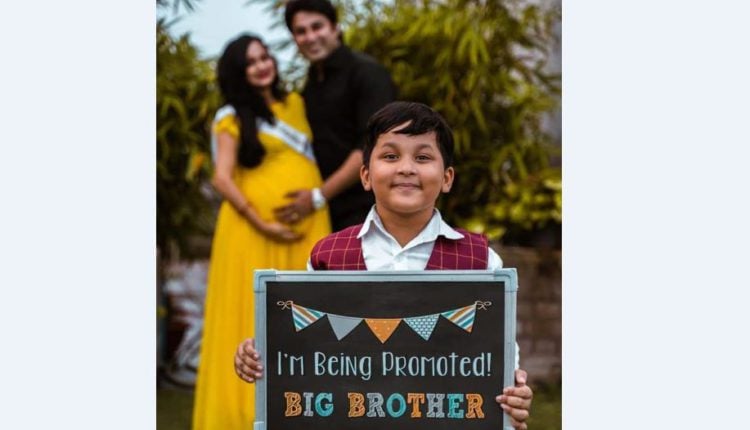 Bhubaneswar: Ollywood’s one of the leading actors Akash Dasnayak has become the father of second child. The actor revealed about it in a post today along with a photo on social media.

Akash and his wife Subhrajyoti blessed with a baby boy on Wednesday. It was revealed by the actor on his Facebook page where his elder son was seen holding a placard that reads, “I’m being promoted! Big Brother”.

Akash captioned the post writing, “The Prince has finally arrived to rule our world. Yes!!! We are blessed with a Baby BOY !!!! Bless our New Born!! Proud parents. Sriya & Akash”