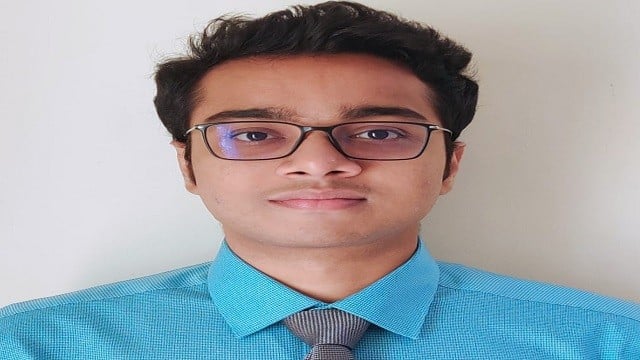 Bhubaneswar: Bringing laurels to the State, Jubin Mohapatra from the capital city of Odisha has secured 46 All India Ranking in the Civil Services Examination 2020. The result of the exam was declared by the Union Public Service Commission (UPSC) today.

Jubin has made it to become an IAS officer in his third attempt. Initially he appeared for the exam in 2018 and got selected for IPS. However, he waived the opportunity as he wanted to become an IAS. Later, he appeared in the 2019 and secured rank 379. However, now only he could make his dream come true of becoming an IAS, he said.

Jubin is presently working in a private company in Hyderabad. He said that the exam was not so easy. Merely two months ahead of the exam he lost his mother in Corona.

“My mother was the biggest inspiration for me. I was disheartened by her death. However, I somehow consoled myself and started preparation and now achieved the success. I have got this feat with her blessings. I was doing the job and simultaneously preparing for the UPSC exam”, he said.

Among others from Odisha who became successful in the said exam is Ashis Kumar Mishra, who secured rank 52. Similarly, Ankit Verma from Dhanupali of Sambalpur has secured 194th rank while Navajyoti Mishra has secured 395th rank. Also, Kabitarani Swain has secured 464th position. 180 candidates became successful for IAS while 200 for IPS and 36  for the IFS.