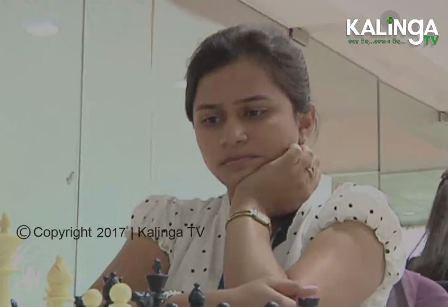 Bhubaneswar: Odisha’s Aparajita Gochhikar has been nominated by the All India Chess Federation to represent India as official player in the Asian Amateur Chess Championship-2017.

Apart from Gochhikar, seven other participants from Maharashtra, Tamil Nadu, Andhra Pradesh, West Bengal are going to take part in the Championship, which will be held at Chiang Mai, Thailand from November 23 to December 1.

Last year, she represented India in the World Amateur Chess Championship-2016 held at Halkidiki, Greece, as the only player from Odisha and had won the silver medal.

Gochhikar is an employee of KIIT University. Dr. Achyuta Samanta, founder of KIIT & KISS, congratulated her on being selected to play for the country and wished her good luck for her success in the tournament.