Odisha: Youth tries to meet girlfriend in disguise of Baba, Gets thrashed by locals 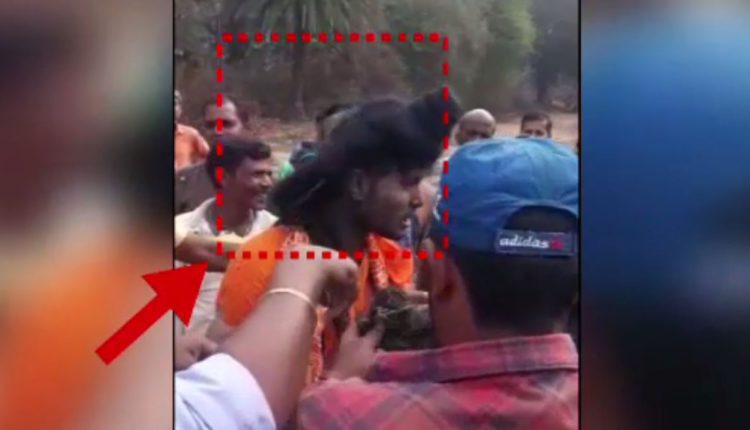 Jajpur Road: Although the incident seems like the scene of a film, it took place in reality recently in Odisha.

In an unusual instance, a youth tried to meet his girlfriend in the disguise of a saint (Baba). However, his intention could not be fulfilled as on the way his disguise got disclosed. The incident took place in Jajpur district of Odisha.

As per reports, a youth from Angul district was in love with a girl from Jajpur district. As the family members of the girl were not agreed to their love affair, the youth planned to meet his girlfriend in disguise so that her family members would not recognize.

On Saturday when he was on his way to his lover’s house, some people nabbed him believing him to be a child lifter. When a person was talking to him while trying to ascertain whether he was a genuine saint or a child lifter, the wig of the Baba got displaced from the youth’s head.

Within no time other locals rushed to the spot and handed over the fake Baba to Police.

The incident took place near the Gate of the Ferro Chrome Colony in Jajpur road.

KGF Chapter 2 To Release On July 16, Yash Goes Badass In The New Poster