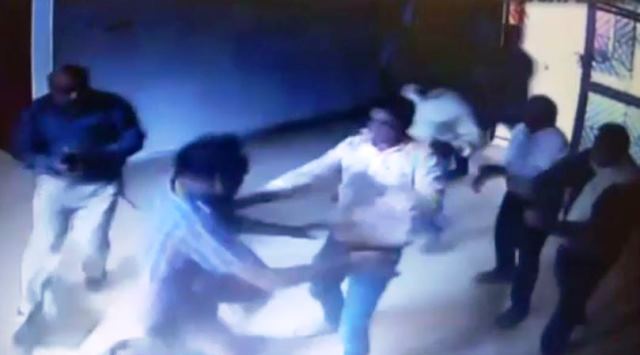 Puri: Police detained one Babuli Patra of Chandapada village for allegedly attacking the Tehsildar of Kanas Block along with the additional Tehsildar on Saturday.

According to reports, some Chandapada villagers had gone to the Kanas Block office today for some land patta issues. However, a word of exchange ensued between Tehsildar Sanjay Pratihari and the villagers. Angry over which, Babuli Patra, who was in an inebriated state, barged into the office and started attacking Pratihari. Later, he attacked other office-bearers including Additional Tehsildar Sahadev Sahoo when they tried to stop him.

However, the youth was overpowered by the office staff who handed him over to the Konark police. Police have been deployed on the spot as tension gripped the locality.

The youth is now being interrogated by the cops who are also examining the CCTV footage in which it can be clearly seen how Babuli started attacking Kanas Block office staff in Puri district.

Will name and shame if ensured safety: Richa on Sexual harassment in Bollywood