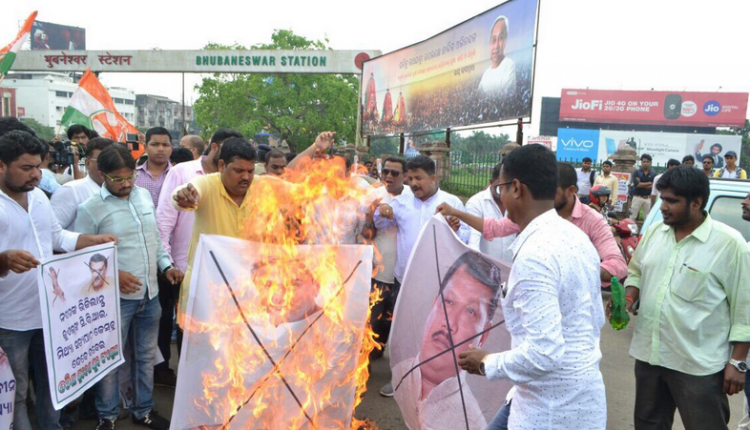 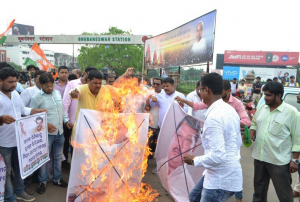 Bhubaneswar: A group of Odisha Youth Congress activists on Monday held a protest march against BJD President and Chief Minister of Odisha Naveen Patnaik and senior BJP leader and Union Tribal affairs Minister Jual Oram at  the Master Canteen square here over the alleged irregularities in their expenditure statement for the 2014 general elections.

The youth Congess activists sought the immediate resignation of these two seasoned politicians alleging that the affidavits submitted by them to the Election Commission were false and violated election law.

During their protest march, the Youth Congress workers blocked the roads approaching Master Canteen square in the city. They also burnt the effigy of Patnaik and Oram and shouted slogans against them.

Similarly, senior BJD leader and Puri MP Pinaki Mishra had on Saturday called a media conference here in the party office and alleged that Oram had produced a fake affidavit on his poll expenses before the Election Commission and sought his resignation on moral grounds.