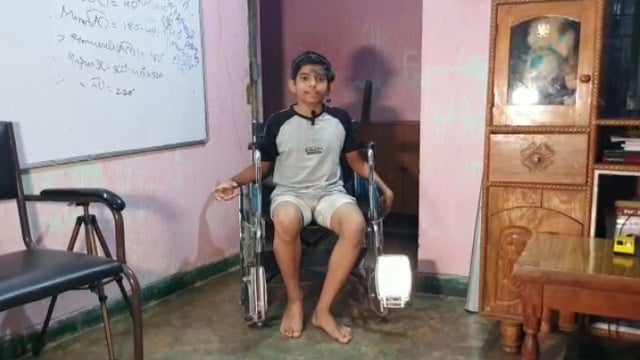 An 11-year-old scientist named Pratik Sethy from Odisha’s Dhenkanal district has now become the centre of attraction for developing a device for brain control of paralysis patients and inventing a pocket CPU.

Pratik Sethy lives with his parents on the premises of the Indira Gandhi Institute of Technology (IGIT), Sarang in Dhenkanal. His father Srinivas Sethy is a Professor of Computer Science at IGIT. He is a Class VI student of DAV School in Talcher.

Pratik could develop the device for brain control of paralysis patients as he was observing when his father used to make different projects.

Srinivas too, seeing his son’s interest in doing something new, never neglected to help him by giving everything. He also contributed to develop the new device for Pratik. The number of paralyzed patients due to various reasons is increasing day by day, in such a situation, this new device of Pratik is expected to be very helpful for the patients.

Pratik has built this device with the latest technology. From the sensor system, it can be used while sitting in a wheelchair, so that the advanced system can control the patient’s brain. The patient can do every task very easily.

Pratik, who is a great follower of Dr. APJ Abdul Kalam, said that it took him 3 months to come up with this device. He spent about 25 thousand rupees for the unique device. He hopes to fix it with the vehicle in the near future so that the paralysis patients can use it during their journey.