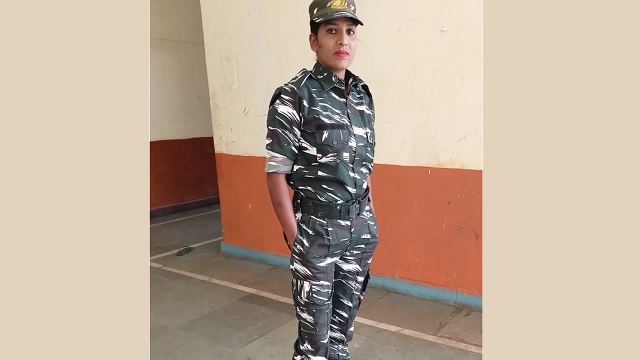 Balangir: Noble service indeed! A woman has left her 3-year-old child at home and went to serve the nation on borders.

The woman soldier has been identified as Seema Deep of Balangir district.

The 3-year-old is being taken care of by the father back at home in Balangir. Sima has been talking with her kid over video calls from the border.

Seema’s husband has taken care of everything including schooling, education, and day-to-day chores of the kid.

It has been learnt that from an early age, Seema had dreamt to serve the country, and she continued her efforts to make her dream come true.

Seema had worked hard to get selected for the army having the complete support of her family and husband. She got selected for the Central Reserve Police Force (CRPF) team after overcoming a number of obstacles in life.

“One woman from every household must join the army and serve the nation,” stated Seema’s husband.

‘777 Charlie’ trailer to be launched by Dhanush, Sai Pallavi