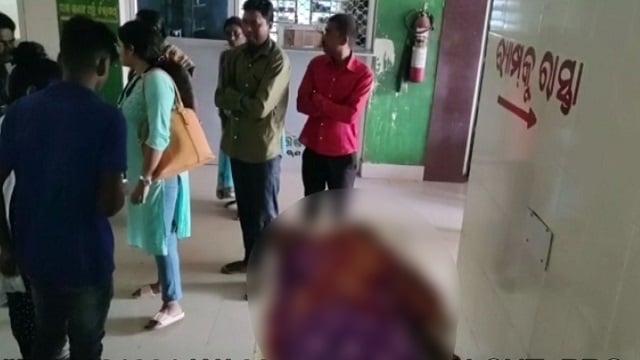 Keonjhar: In a tragic incident, a speeding bike rider reportedly hit a woman and killed her on the spot, while she was returning home with her daughter in the Mahuladiha office slum area near Anandapur road in Thakurmunda here in Odisha this morning.

According to reports, this morning at 7:30 am, Kairi along with her brother had gone to bring her daughter home from the hostel, as her school was declared holiday due to Durga Puja.

Junior engineer dies as bike collides into stray bull in…

As a result, Kairi sustained critical injuries. Soon the local people rushed her to hospital for treatment.

However, she was declared brought dead by the doctors.

On being informed, Mahuldia police reached the spot, seized Kairi’s body and sent it for the autopsy.
In the meantime, the police have initiated an investigation into the matter to nab the absconded bike rider.