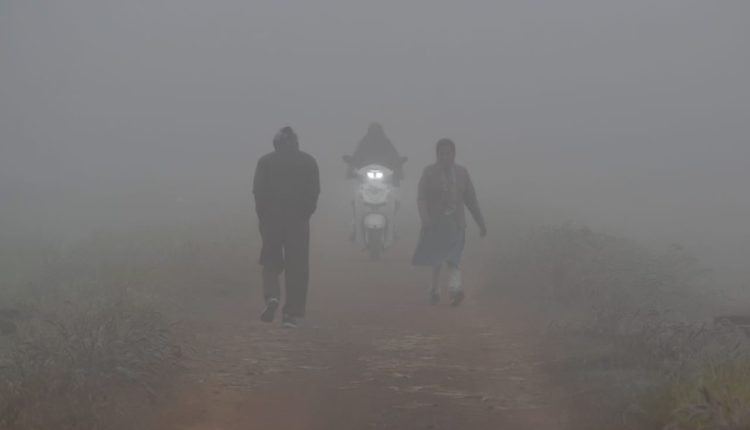 Bhubaneswar: The residents of Odisha woke up to a foggy morning on Saturday as a thick layer of fog engulfed entire state including the twin cities Bhubaneswar and Cuttack.

The dense fog has created problems for the commuters to drive in the busy roads due to the poor visibilty.

The visibilty also dropped to less than 50 mts in Bhubaneswar and Cuttack which disrupted normal life.

Earlier, the India Meteorological Department (IMD) had issued dense fog alert for several districts of Odisha for the next 48 hours.