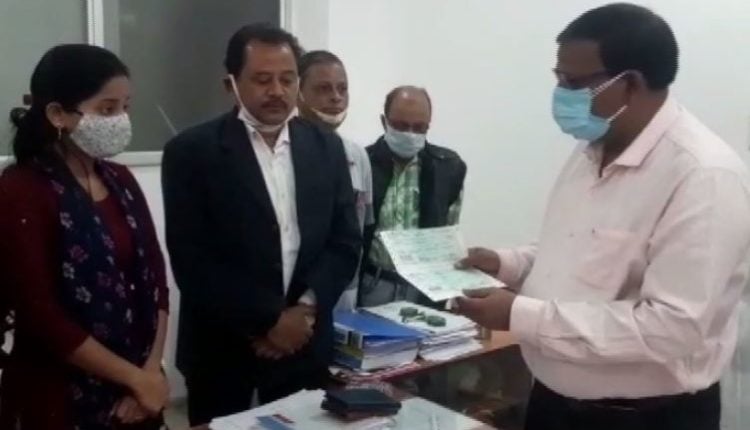 Bhadrak: After the death of Abhishek Mahapatra of Basudevpur area in this district of Odisha, his wife has returned Rs 40 lakh to the Government. Mousumi Mohapatra, wife of Abhishek and other family members today met District Collector of Bhadrak and handed over a draft of Rs. 30 lakh for the Chief Minister’s Relief Fund and Rs 10 lakh to the District Red Cross fund.

Mousumi is of the opinion that as the money could not save her husband, now this is no use to her and she should return it to the Govt fund so that it can be used appropriately for someone else in need.

It is to be noted that Abhishek Mahapatra of Mandari area in Basudevpur married Mousumi last year. Just after 8 days of their marriage, he was infected with Covid 19 and became serious. 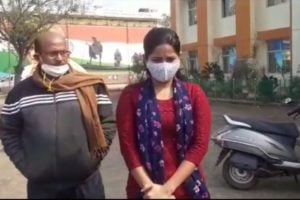 As the family was not in a position to meet the huge expense of treatment, Mousumi urged people for donation. Accordingly, some people had donated. Later, Abhishek was airlifted to Kolkata and given ECMO treatment. However, after a few days of treatment he succumbed to the deadly disease on September 3.

After the sad demise of Abhishek, his wife Mousumi got disheartened. However, she is grateful to those people who had provided financial support at the time of need. Hence, after death of her husband she decided to return the money, so that it can be used for a deserving one who is actually in need for this now. Accordingly, she handed over the drafts to the Collector who has praised such noble deed of the lady.