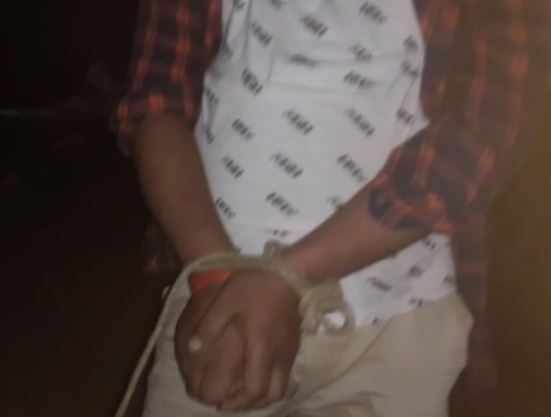 Balasore: A married man has been punished by the villagers not only for his extramarital affair, but as he beat his wife with iron rod. The incident took place in Balasore district of Odisha. The video has gone viral.

As per reports, Jiban Majhi of Palasahi village under Jaleswar Police station in the district had married Annapurna of Choumukha village under Baliapala Police limits in Balasore district. After a few years of the marriage, he abandoned his wife and two kids and eloped with another woman.

Following the incident, Annapurna was living along with his sons and mother in law.

On Wednesday evening, Jiban had visited his home as it was the birthday of his elder son. As he was asked to bring a new dress for the birthday boy Jiban became angry and beat his son. As his wife intervened he allegedly beat his wife with the help of an iron rod.

In the meanwhile the villagers rushed to the place after hearing the woman crying for help. Now, Jivan also rebuked the villagers using filthy language. As a result, the villagers allegedly beat him and tied him with a rope and informed Police about it.

Watch: Ukrainians feed Russian soldier, help him to speak with mother in a heartwarming viral video