The transport authorities of Odisha have issued 35,144 e-challans and seized 1,275 vehicles for violating Motor Vehicle (MV) rules during the month of November 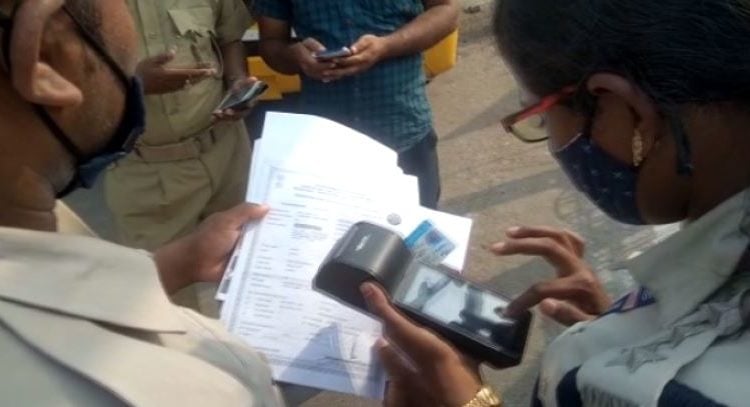 Bhubaneswar: The transport authorities of Odisha have issued 35,144 e-challans and seized 1,275 vehicles for violating Motor Vehicle (MV) rules during the month of November, an official said on Friday.

In the first month of the special drive, a total of 35,144 e-challans have been issued against vehicles who openly disregard MV rules in Odisha. A total of 5,868 DLs have been confiscated for suspension and 1,275 vehicles have been seized in the month, said Lalmohan Sethi, additional commissioner transport (enforcement and road safety).

The officials have issued 622 challans for triple riding, 225 for wrong side driving, 38 for underage driving and 510 for overloading, Sethi said.

Due to continuous enforcement activities, people are using helmets in the urban areas but are unfortunately avoiding wearing helmets on highways where protection is much more needed, the STA official said.

During the drive, 1,452 people were found driving without seatbelt while 1,423 people were detected driving under the influence of alcohol and were penalised as per the rule, he informed.

Sethi further said more accidents and fatalities occurred during the month of November to February.

The drive was launched with an aim to create a sense of responsibility among the road users for prevention of road accidents and fatalities in the winter season.

He appealed to the road users to follow the traffic rules and take care of their safety while driving.

IIC of Infocity PS not be assigned any field posting for 1 year: Orissa HC

Mahindra December 2022 discount: Get up to Rs 1 lakh discount on selected models