Odisha Tourism all geared up for Asian Athletics Meet 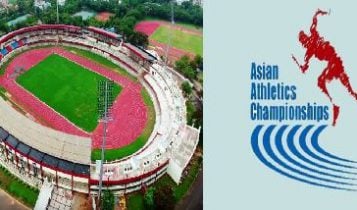 Bhubaneswar: With the 22nd Asian Athletics Championship set to begin after five days on July 5, the Odisha Tourism Department is all set for the mega sporting event to be held in the Kalinga Stadium here.

The Tourism Department has made elaborate arrangements for the athletes, officials, VIPs, guests and everyone else involved in the championship from the time the participants arrive till their departure

A total of 1170 hotel rooms in 16 hotels and two guest houses – namely Mindtree and KIIT – have been booked for the players and officials involved. Hotel Mayfair and Trident have been declared games hotels where important officials and council members will be lodged

The department has made efforts to tag vehicles to teams and to the hotels. Special arrangements have been made for VIPs. All vehicles have been branded and etiquette training has been given to the drivers and others involved in transportation. All drivers and helpers will be given uniforms and will also be provided coupons to avail food at the OTDC catering in the stadium.

Besides, the department has already prepared the route chart for vehicles all of which have been GPS enabled. A central control room is being set up in Kalinga Stadium with RTO and MVIs, who will monitor the movement of vehicles.

Panthanivas, Bhubaneswar, will provide breakfast, tea, snacks and dinner to about 1600 support staff every day during the sports event.

This apart, the department, in association with OTDC, has prepared a sightseeing agenda for 130 VIP delegates (council members) to Konark and in and around Bhubaneswar on 4th July. Arrangements for the sightseeing of players and officials have also been made for July 10 and 11 in case some of them want to stay back and see Odisha.

Arrangements have been made for media persons, especially those from lifestyle magazines, for the sightseeing. They will be taken on FAM tour.

The department will provide 1500 kit bags with brochures and booklets of Odisha Tourism to the athletes and delegates on arrival. The kits will contain a city guide and two books on tourist destinations in Odisha.