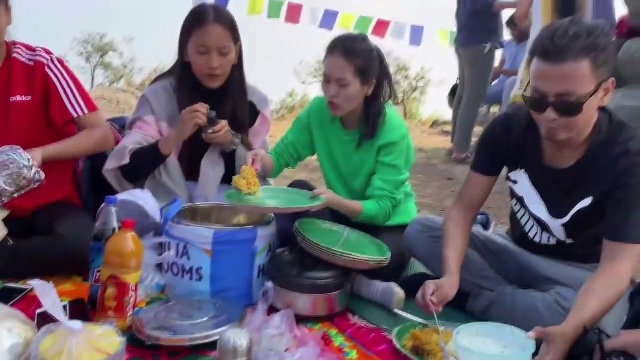 Mohana: The Tibetan Community living in Odisha’s Gajapati district has issued an apology letter. The Central Tibetan Administration, Phuntsokling Tibetan Settlement, Odisha, has issued the letter over the recent act of some Tibetan youth which allegedly hurt the sentiments and emotions of other community members.

It is to be noted here that a group of Tibetan youth visited the Mahendragiri Hill recently. During their visit, as alleged by some locals, they consumed non-veg food, alcohol and erected the Tibetan Flag on the sacred hill. Besides, they danced to some of the Bollywood songs. However, the incident was heavily condemned by the residents of the area.

Meanwhile, the office of Phuntsokling Tibetan Settlement, following a public outrage, sought apology in a letter. “It is inform to you all that recently, some youth or students from our camp, they had visited to Mahendragiri hill on tour purposed. Some local people had complaint that they had consumed alcohol, eating meat and putting Tibetan Flag on hills, actually it is not a Tibetan Flag, it’s a Lungta (prayer flag) which contain mantras to spread peach and good luck to all sentient being. Most of them are students, they had given their apology letter which clearly clarify the incident, if they have hurt the sentiment of local people they are highly regret or apology for it,” the letter said. The Tibetan youth/students who visited the Mahendragiri Hill also issued an apology letter. “We are extremely sorry for what we did in Mahendragiri Hill. Actually, we don’t have any intension to disrespect or defame others’ culture. It was family tour for us to visit Mahendragiri Hill and without knowing we had our lunch there (egg biryani) but we all are students and we didn’t consume any alcohol beverages. Regarding those colourful, actually it isn’t our Tibetan flag at all. It is called LUNGTA (prayer flag) which contains mantras to spread peace and good luck to all sentient being. So our intention is good but if we have hurt your feelings and emotion then we are deeply sorry for our act,” they said in the letter.