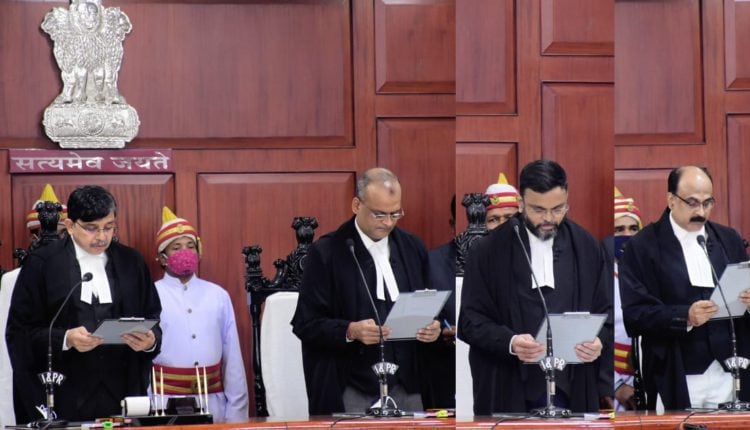 All three names were recommended by the Supreme Court collegium in a resolution dated September 29. The three Judges were appointed in order of their seniority, stated a gazette notification issued by the Ministry of Law and Justice.

Justice Jaswant Singh and Justice Arindam Sinha were sworn-in as the Judges of the Orissa High Court on October 8, 2021.

With these appointments, the strength of High Court judges now stands at  17.