A wild leopard is suspected to be active in the Tigiria range of Athagarh. It has claimed the life of a two month old calf. 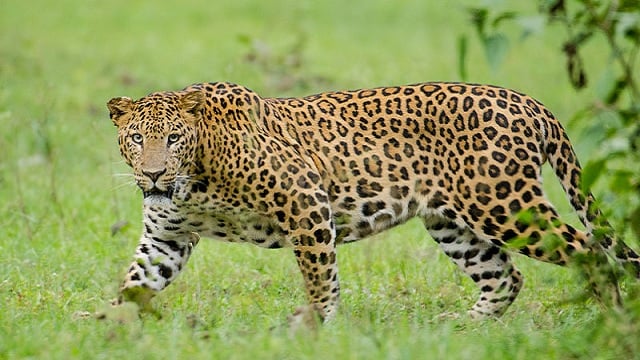 Athagarh: The village of Tigiria has been gripped by fear as it is being suspected that a leopard is running rampant. People are scared to step out of their houses.

Yesterday a two month old calf went missing from the village. The badly torn apart body of the calf was found today.

The calf’s owner had been looking for it since yesterday. Today he had ventured into the deep forest near the village to look for the animal. He was surprised to find the dead body of the calf.  He noticed teeth marks around its neck. This led him to suspect that it was a leopard attack.

The forest department reached the place of incident upon receiving news about the happening. The ranger has admitted that they suspect that a leopard might be active in the area.

It should be noted that last year around the same time a leopard was caught in a trap and lost its life.