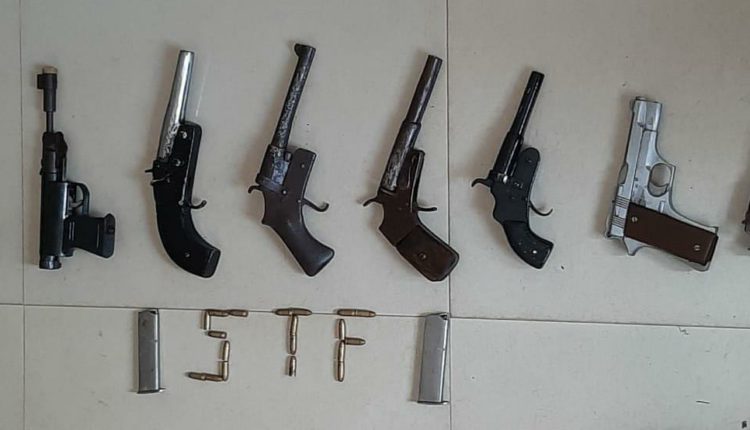 The arrested have been identified as Suresh Ku Das alias Kalia and Soumyaranjan Dalei, residents of Jagatsinghpur area.

Acting on a tip-off, a team of the STF intercepted the duo near Sikharghat bridge and seized two 7mm pistol with magazine, six country made single bore pistol nd 20 country made live ammunitions from their possession.

A case has been registered under Arms Act and the investigation is on. Both the persons are arrested and will be court forwarded.

During the last one year, drive against the illegal arms and ammunitions have been conducted and the STF team has seized 22 numbers of fire arms and 54 live ammunitions and arrested 7 criminals.