Odisha SRC also issued a special warning asking both the administration and people to take some precautionary measures to stay safe from cold. 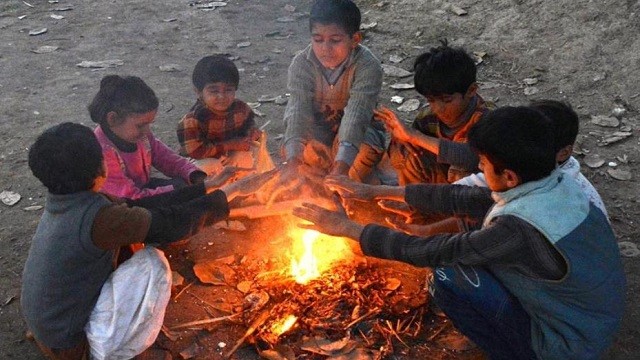 Earlier in the day, the regional centre of the IMD issued a yellow warning saying that cold wave condition is very likely to prevail over the districts of Jharsuguda, Sundergarh, Deogarh, Keonjhar, Mayurbhanj, Balasore, Angul and Dhenkanal upto 8,30 AM of January 8.

Likewise, the districts of Jharsuguda, Sundergarh, Deogarh, Sambalpur, Sonepur, Boudh, Kandhamal, Keonjhar, Mayurbhanj, Balasore, Angul and Dhenkanal are also expected to experience the similar weather condition from 8.30 AM of January 8 to morning of January 9.

In the wake of the warning for the weather department, the SRC also issued a special warning asking both the administration and people to take some precautionary measures to stay safe.

“Necessary safety measures are to be taken while using electrical and gas heating devices or using fire for the said purpose,” it added.

All collectors also have been asked to ensure that school buildings, community buildings and other available buildings are opened to use as shelter during the night by homeless and needy people.

Both the district and local administration have been urged to make necessary public awareness campaigns on Dos and Don’ts to protect the people and livestock from the cold waves.