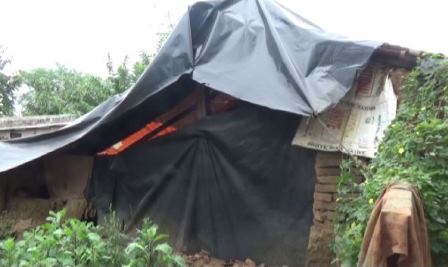 Balangir: Both the Central and State government have launched a number of housing schemes like Gramin Aawas Yojana, Pradhan Mantri Awas Yojana, Biju Pucca Ghar Yojana, Mo Kudia etc – to provide houses to the poor people. However, the real needy people are yet to get benefit from such schemes as it is vividly seen in the case of Sushama Bhoi and her brothers, who have been living under polythene for the last 20 years.

According to reports, Sushama Bhoi , along with her elder brother Kaibalya Bhoi and younger brother Babi Bhoi, has been residing in a hut, roofed with polythene,  at Singhpada village under Belpada block of Balangir district.

“We are living under polythene for the last 20 years witnessing the heavy rain, severe cold and unbearable hot climate. Many Sarapanchas during their tenure have visited us and had assured to provide a permanent house. But, they never fulfilled their assurance. We do not get any government support except the rice,” said Sushama.

“We depend on daily wage work for our livelihood. However, we are not getting work regularly. Now it’s a struggle to make ends meet. My brothers, who have already attained the marriageable age, could not get married due to our poor financial condition,” she added.

“During election, they take our photo promising to provide a house. But, after winning, they simply forget their promise. Three to four elections have already gone. Forget the house, we have never got even a single piece of polythene to cover the house. More often, we spend sleepless nights,” she asserted. 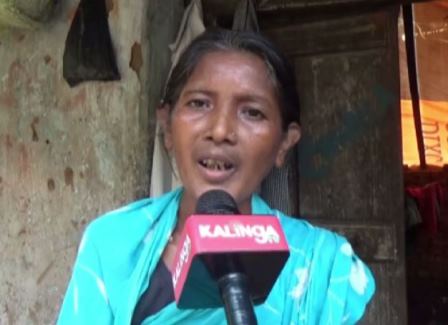 The villagers who have witnessed the plight of the Bhoi family demanded a house and government aide for them.

“Their situation is extremely bad. They spend sleepless nights during rainy season as the polythene cover is not enough to shelter them. They often beg their neighbours for food. Many Sarapanchas assured to provide them house, but never did. The government should help them, at least a house,” demanded Kaibalya’s neighbour Lachana Poda.