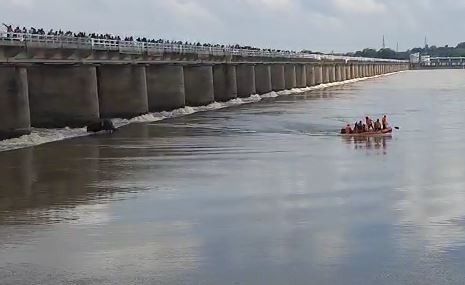 Cuttack: In the tragic boat mishap case that took place in Mahanadi today here in Odisha, probe has been initiated. It is to be noted that Odisha’s noted journalist Arindam Das died after drowning in this mishap after the ODRAF boat capsized when gone for an elephant rescued operation.

As per reports, ADG (LO) RK Sharma is conducting enquiry into the ODRAF Boat mishap in Mahanadi. Sharma has visited the spot.

The probe will include how journalists boarded the ODRAF boat

Mishap resulted in the death of well-known journalist Arindam Das

RK Sharma has visited the spot

The probe will include how journalists boarded the ODRAF boat that resulted in the death of well-known journalist Arindam Das.

According to reports, Arindam Das along and his cameraman Prabhat Sinha were in the Odisha Disaster Rapid Action Force (ODRAF) boat that capsized at Mundali during the rescue operation of the elephant stuck at the spot.