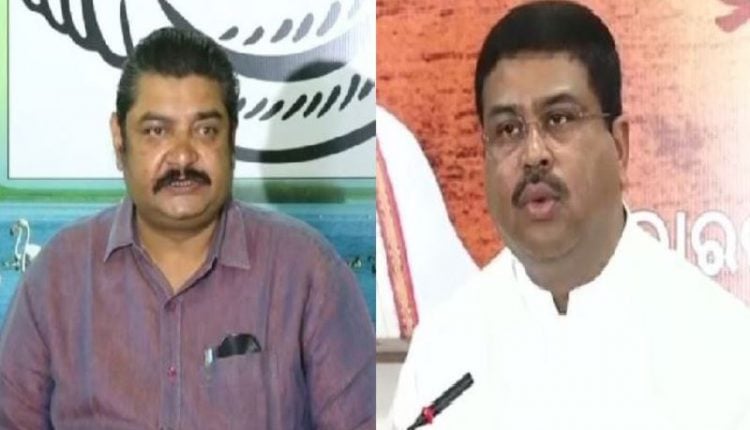 Bhubaneswar: Union Minister Dharmendra Pradhan on Sunday made scathing attack on the Odisha government alleging that it is forcing the state police to destroy evidence in the Kunduli case.

Pradhan, while addressing a press meet at Odisha BJP headquarters office, alleged that the state police, at the behest of Odisha government, is destroying all evidences in the Kunduli case including the suicide note.

Reiterating his demand of CBI inquiry into the alleged gang rape and suicide of the minor girl of Kunduli, Pradhan said, “A suicide note was recovered from the room where the minor girl died. Where is that suicide note? What did she mention in her statement earlier and wrote in the suicide note? It should be brought under the purview of the investigation.”

The Union Minister also asked Odisha Chief Minister Naveen Patnaik to break his silence over the matter within 24 hours. Besides, he sought Patnaik’s resignation alleging that the CM has failed to protect the women and girls of the state.

Reacting to Pradhan’s allegations, BJD Spokesperson and Rajya Sabha MP Pratap Keshari Deb said, that BJP has raised the issue only to manipulate the voters during the Bijepur by-election which is slated to be held on February 24.

“BJP is in power at the Centre, so they are free to start an independent inquiry at the Home Ministry level,” Deb said.

The State Government has already constituted a judicial inquiry into the case. If the BJP is suspecting the inquiry by a sitting judge, it means they do not have faith in the country’s judicial system, Deb added.

He further said that the Odisha government has never and will ever defend anyone in this case. If someone has any tip-off pertaining to tampering of evidence, he or she may file the same in form of an affidavit before the Judicial Commission which is probing the case.