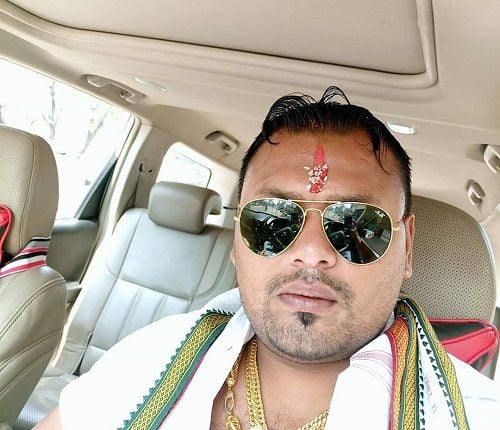 Bhubaneswar: Odisha police has arrested wanted gangster Bapi alias, Satyajit Pradhan today along with a person from whom he bought ammunition. Police have managed to arrest Bapi after five months of hustle.

According to reports,  Angul police had arrested Bapi on January 26 for illegal possession of firearms. Three guns and nine live bullets were recovered from him. He had purchased the ammunition from a person in Sambalpur one and half years ago.

Even though Bapi was forwarded to the court, he was granted bail within half an hour. This decision of the court to grant bail sparked a dissatisfaction among the public. The Police requested cancellation of bail granted to Bapi, which was later accepted by the court.

The court ordered the surrender of Bapi, which he totally ignored and went in to hiding. However, he returned to his hometown Angul, three days back. Upon getting the information the police reached the spot and arrested Bapi. Police also managed to arrest the gun dealer from who Bapi purchased the arms.

Both the convicts have been forwarded to the court, by the police. The Police are investigating into the matter for further leads.

Google to reopen offices from July 6, gives workers Rs 75,000 each