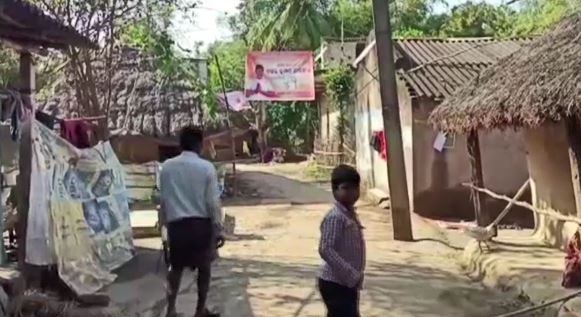 Anandapur: In an unusual happening, posters have been pasted on the walls of the houses in this village. Banners have been hanged in chowks where candidates have posed in ‘Namaskar’ pose asking for votes. However, candidates are not visiting this village due to a certain reason.

It is not that candidates were not coming to this village for campaign. Initially they were campaigning here. However, only four to five days back this new thing started. The reason is, residents of this village can’t cast their votes. And hence the candidates are not coming.

As per reports, not only a few people, but all locals of this village will have been debarred from casting votes.

Names of as many as 145 villagers/ voters of Kanakampa in Kaligan panchayat under Hatadihi block in Anandapur constituency in Keonjhar district of Odisha are not in the voters’ list. The total number of voters in the ward is 316. They had casted their votes in the 2017 polls. Accordingly, the candidates are not coming to this village now for poll campaign.

Also read: Why Odisha MPs Should Be Worried About Panchayat Polls?