Odisha: One Killed And 20 Others Injured After Bus Overturns In Angul 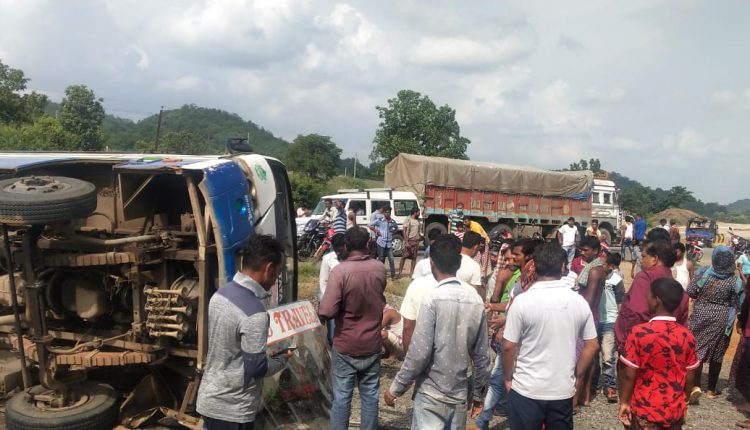 Angul: One person was killed and 20 others were injured when a passenger bus overturned near Katada under Jarapada police limits in the district this afternoon.

The injured have been admitted at the nearest hospital and doctors said that two of them are serious.

Eyewitnesses said that the incident took place when the passenger bus was on his way to Angul from Athamallik. “The driver of the bus lost control over the wheels and the bus overturned. We rushed to the spot and rescued the injured. However one of the victims remained trapped under the bus leading to his death,’ said an eyewitness.

Police said that the deceased has been identified as Narayan Swain. Police have also started an investigation into the incident.