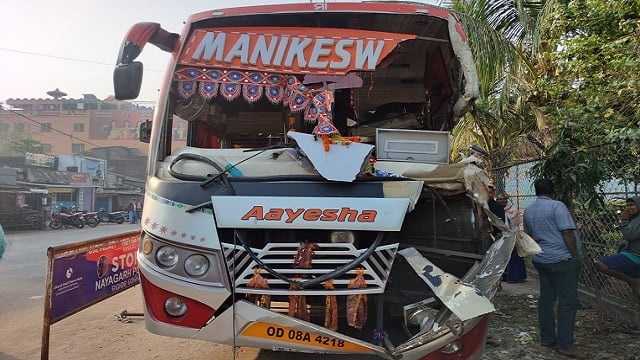 Nayagarh: In a gut-wrenching accident, a private passenger bus smashed into a parked truck carrying marbles. The incident happened  before Itamati petrol pump.

One person has died in the accident while five people have been reportedly injured.

The deceased has been identified to be a resident of Raikia area.

According to reports, the private passenger bus was en-route Bhubaneswar to Raikia. The bus was named Riya.

Further details regarding the  incident are awaited.

Odisha: IT department continues raids in Padampur for the second day

WHO has recommended monkeypox virus be renamed “mpox” to avoid stigma