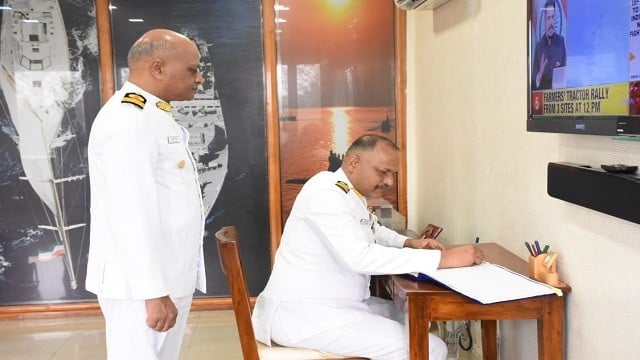 The officers and sailors of INS Chilka took charge from the outgoing Commodore Rituraj Sahu.

Rituraj Sahu, who was here for 22 months, is slated to take over Command of INS Netaji Subhas and Naval Officer-in-Charge (West Bengal) at Kolkata.

It is to be noted here that Commodore Pradeep is a native of Vadanamkurussi in Kerala and has studied at the National Defence Academy (Khadakwasla).

The officer, who is a specialist in Navigation and Direction, was commissioned into the Indian Navy in 1992.

The officer has also also undertaken a diplomatic assignment in Sri Lanka as Instructor at Naval Maritime Academy, Trincomalee.