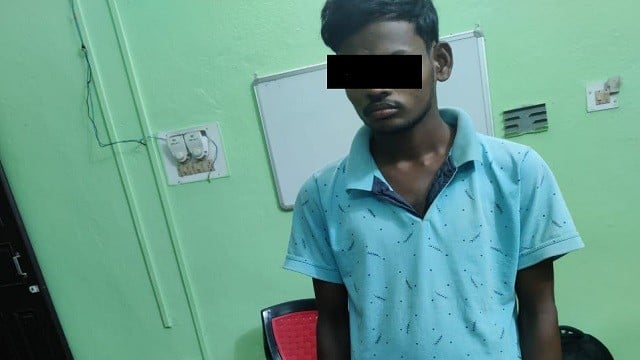 Baripada: The Karanjia Police in Odisha’s Mayurbhanj district has reportedly arrested a man on charges of looting mobile phones and money from Flipkart by giving fake e-mail and user IDs.

The accused, who has been identified as Ranjan Kumar Sahu of Suanla village in Keonjhar district, used to show lucrative offers of Flipkart on his mobile phone. Then he used to convince them to purchase things with his help and book the orders through his phone.

Later, Ranjan Kumar Sahu used to return the orders by making use of the return policy of Flipkart and get the return money on his bank account. At a time he used to receive the orders and keep them with him without giving them to the owners.

The matter came to light after the Bhubaneswar unit of Flipkart filed a complaint at Karanjia Police station when it came to know about the frauds being done by Ranjan. Based on the complaint filed on September 6, police started an investigation into the matter and arrested the accused.

While interrogating the Ranjan, the cops came to know that he used to loot money and mobile phones from the e-commerce company by producing fake email and user IDs so that he does not get caught.

Meanwhile, police, from the initial investigation, have recovered as many as 8 mobile phones from the possession of Ranjan. They also said to have got proofs of loot to the tune Rs 2.52 lakh by him.

Hirakhand Express with Modern LHB coaches will be flagged off tomorrow