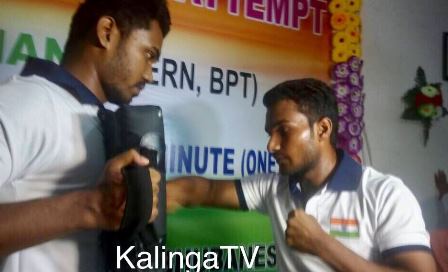 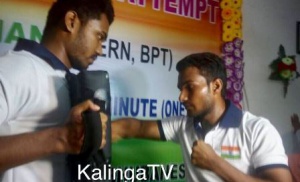 Bhubaneswar: For once, Kalahandi, a district that has more often than not been in the news for all the wrong reasons, had something to cheer about on Tuesday when mountaineer Satyapira Padhan of the district stormed into the Guinness Book of Records by hitting the most number of full contact punches (with one hand) in one minute.

Satyapira hit 393 punches to shatter the current record held by Muhammad Rashid from Pakistan, who had set the world record with 377 punches in October 2016. Satyapira’s glorious achievement was captured on camera through video recording. The official confirmation will be given only after Guinness officials verify the video evidence of his feat.

Padhan, a native of Deypur village in Kalahandi district, is also a trained martial artist, successful sportsman and a student of physiotherapy.

After completing his schooling at his village, he moved to Sri Aurobindo Integral Education Centre, in a nearly village called Rupra, for further study. After a few years of learning there, he went to Bhawanipatna Sri Aurobindo Integral Education Centre for the completion of his high school. Then he joined Saraswati Plus Two Science College for his intermediate in Science.

Later, the mountaineer moved to the capital city of Odisha for his higher studies and is continuing his Bachelor’s degree in Physical Therapy at Hi-tech Medical College.

The proud son of Anirudha Padhan and Shrimati Sakuntal Devi is also trained in computer application courses like DCA and PGDCA.

The Guinness Record holder is an “A” grade certified trainee from Jawahar Institute J&K in the course BMC.