Odisha: Man marries girlfriend after she stages dharna infront of his house 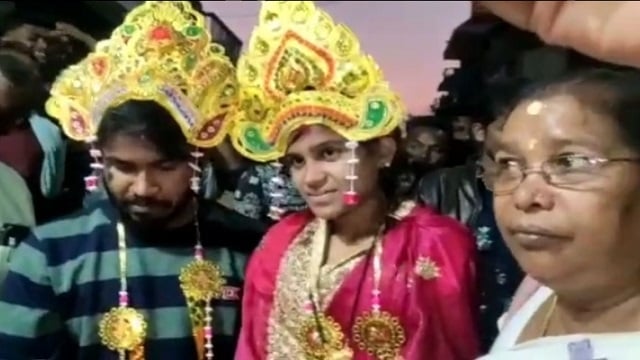 Berhampur: A man reportedly tied the nuptial knot with his girlfriend after she staged dharna infront of his house at Galori village under Bhanjanagar police limits in Ganjam district.

One Dushmanta Sahu of Galori village was in a relationship with Tina Sahu of Berhampur City for the last few years and had decided to marry each other.

However, Dushmanta allegedly refused to marry Tina without any reason. Prompted by Dushmanta’s change of mind Tina sat in dharna outside Dushmanta’s house seeking justice.

Later, the Galori villagers and local sarpanch intervened in the matter and convinced Dushmanta to marry Tina. When he agreed to them, they solemnized the couple’s marriage in the presence of their family members.